This article is an update to MNT Reform, our open hardware laptop.

Shortly after the conclusion of the Crowd Supply campaign, we shipped 8 hand-built beta devices and collected some last minute feedback. Based on the feedback and our own learnings during this last test assembly phase, we further refined some aspects of the MNT Reform design.

Back in summer, we found that while testing the trackball version of Reform outside in bright sunlight, the cursor sometimes became unresponsive. This was because the white POM ball turned out to be slightly translucent and would start to "glow" and confuse the sensor. We ordered custom black POM balls that fixed the problem. As a bonus, they also have a better feel. 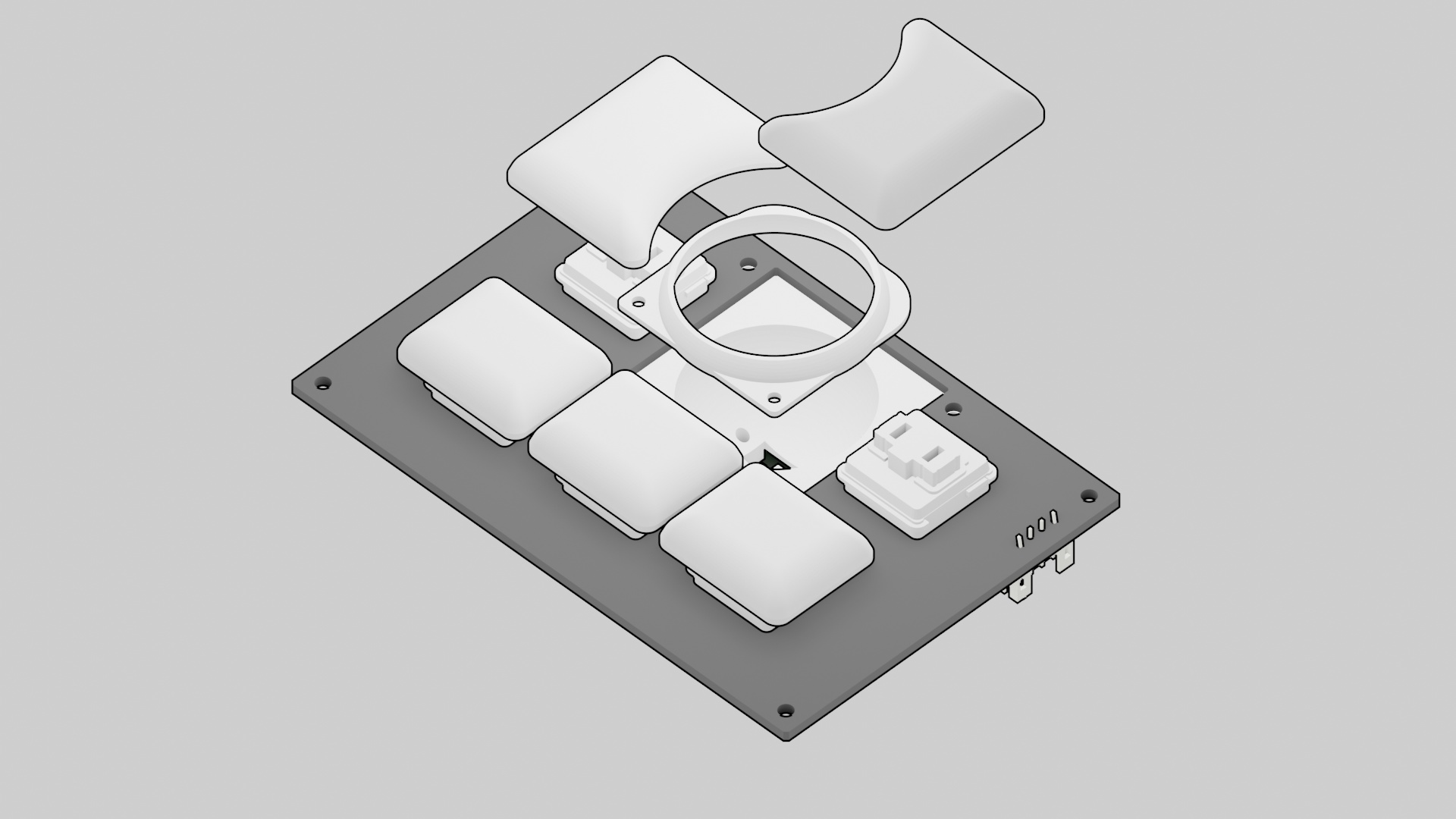 We found that after many months of use, it is useful to be able to easily clean the trackball without having to take apart the whole laptop. We redesigned part of the trackball holder and lid so that you can remove the lid and ball by taking off the two big trackball button caps and unscrew 2 screws. This makes the trackball very easy to clean. 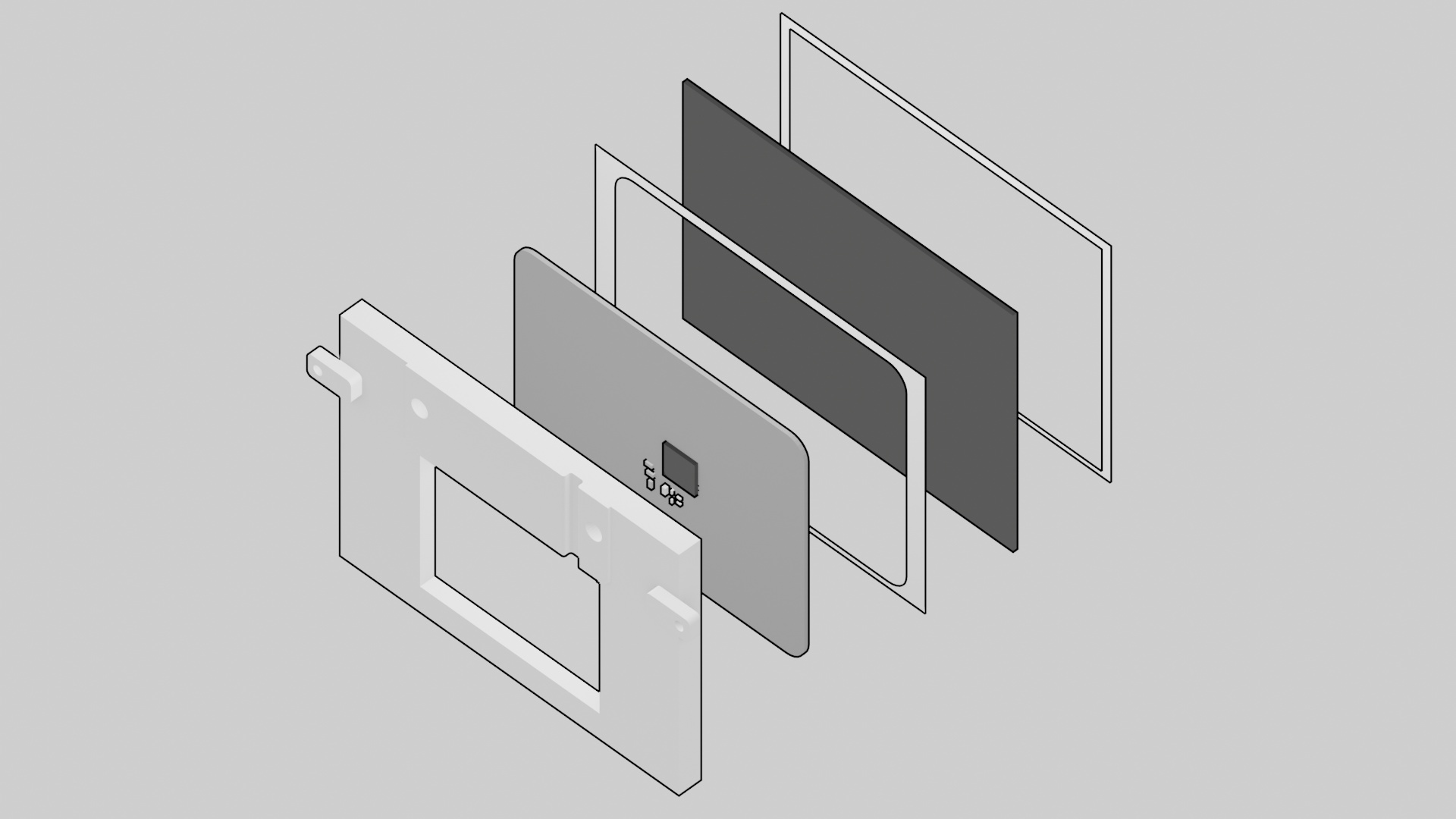 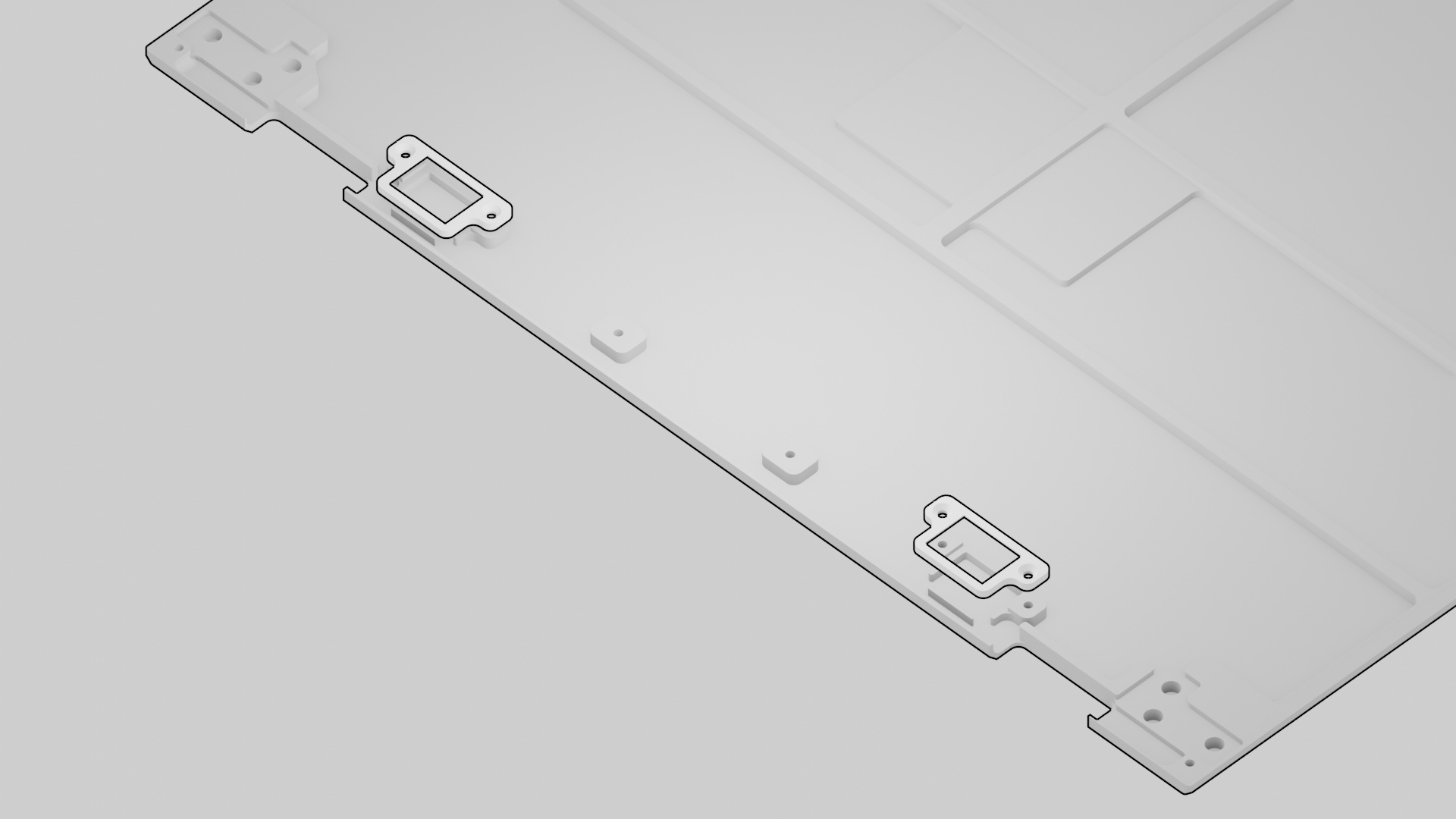 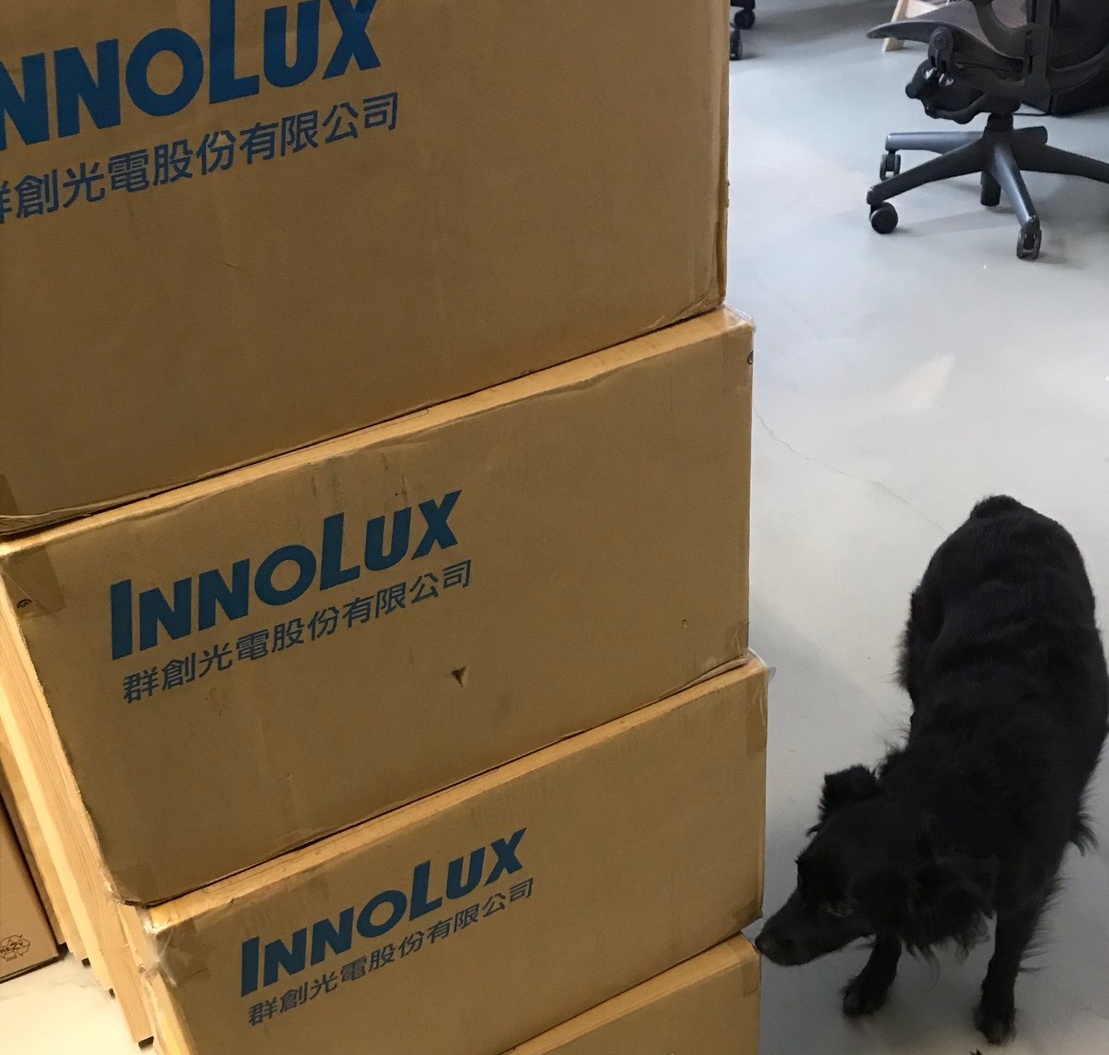 We already purchased and stocked all display panels for 350 Reform units, which was harder than anticipated because of a global display shortage. We found that with a small change to the screen case, we are able to accomodate 5 compatible display panel models in total, should the need arise. 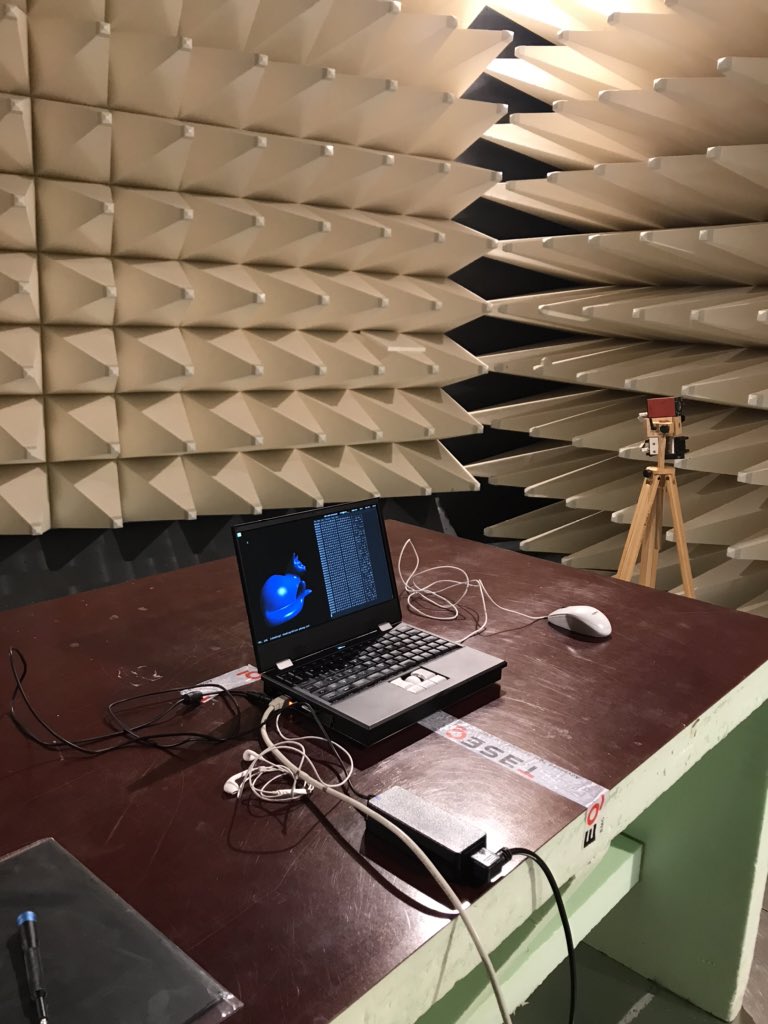 I took my personal MNT Reform unit, which has a motherboard revision from before the beta, to an EMI (electromagnetic interference) testing lab in Berlin. MNT Reform passed the emissions test except for when the speaker amplifier was turned on. In the D-3 version of the motherboard, I forgot to include proper output filtering on the WM8960 codec (which includes a class D amplifier). I added ample filtering in the production version of the motherboard to fix this problem.

I also made sure that all ports have proper ESD (electrostatic discharge) protections on the production PCB versions. 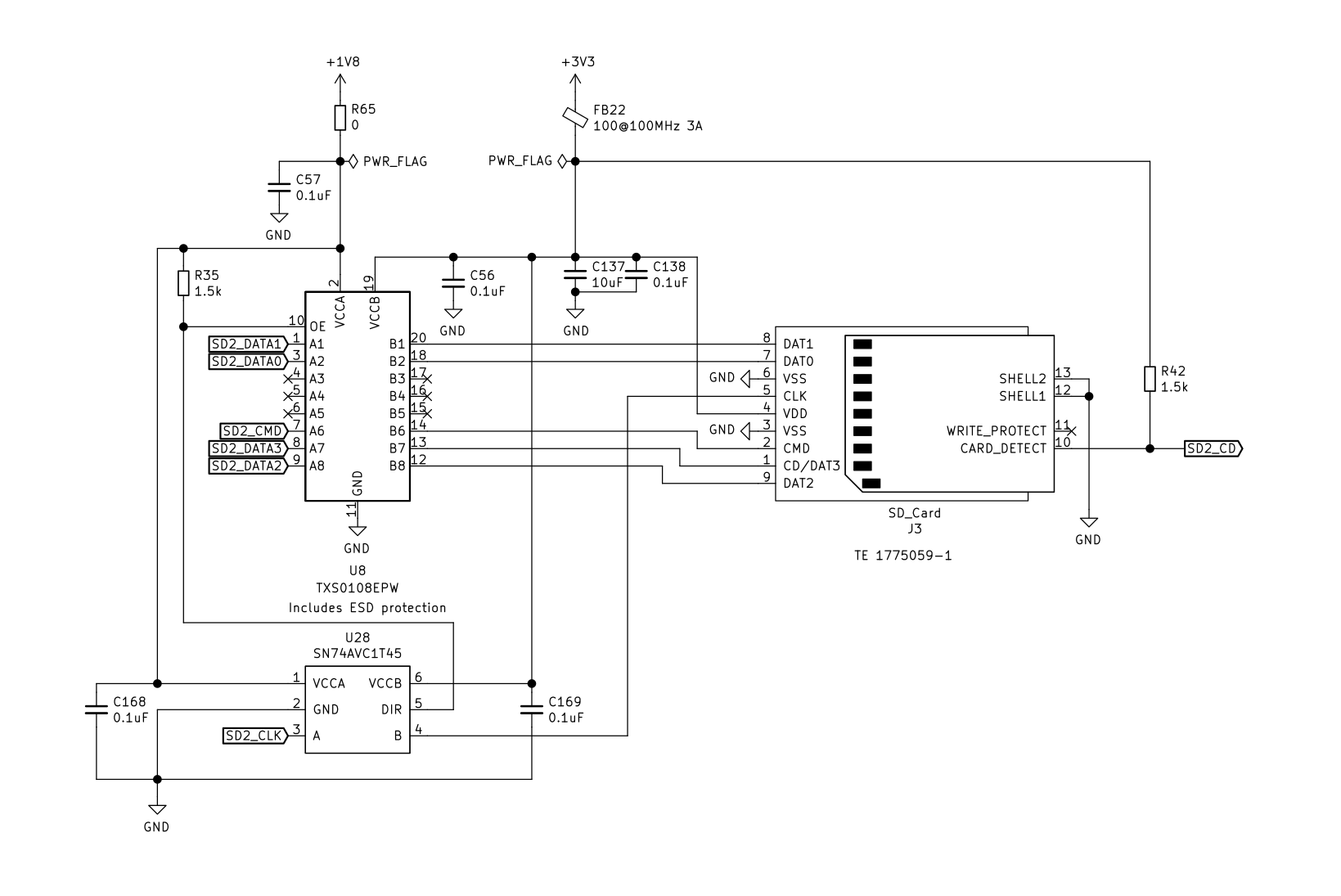 Roughly two months ago, we assembled release candidate 1 (R-1) of the motherboard. Next to EMI and ESD fixes, it features improvements to and more fine grained control over power rail switching, to anticipate sleep mode requirements. Unfortunately, this version of the motherboard surfaced a problem with the SD card that we were so far avoiding out of luck. The SD card is connected to the main system-on-chip via a 3.3V to 1.8V level shifter. This level shifter is bidrectional and direction auto-sensing. The SD card clock is unidirectional and sensitive to glitches. On the R-1 motherboard, the SD card interface would often produce I/O errors after 15-20 minutes of usage. I solved this problem by rerouting the SD clock line through a unidirectional level translator in a flying circuit. This fix has been integrated into R-2, which is the production motherboard version.

Shortly after finishing R-2, we kicked off the motherboard production with PCBWay. This is a two-step process: PCBWay will first assemble a small number of boards with surface-mount parts already fitted, but without trough-hole parts (it's quicker for us to add these). We will run final sanity checks on these and then kick off the assembly of the first production batch.

In the last weeks, we have purchased almost all parts for the first batch of MNT Reform, and started the production of all PCBs. Because of the long lead time, the i.MX8M modules were already in production at Boundary Devices since July and are now in our storage. PCBWay already assembled the keyboard, which are currently in quality inspection.

We have purchased an Epilog Mini 18 laser engraver to be able to cut the port covers and more importantly, engrave the keycaps in-house as the last step of keyboard assembly. We plan to offer a keyboard customization service in early 2021, and will also launch the MNT Reform keyboard as a standalone product.

We finished the final Reform case designs, and our CNC milling partner starts the first batch production this week. STEP files of the parts are already published in the Reform Git repository.

Roughly three months ago, Magda joined our team in Berlin to work on refining and making the Piñatex (vegan pineapple-based faux leather) sleeves for the MNT Reform Max edition, and she has made great progress so far: 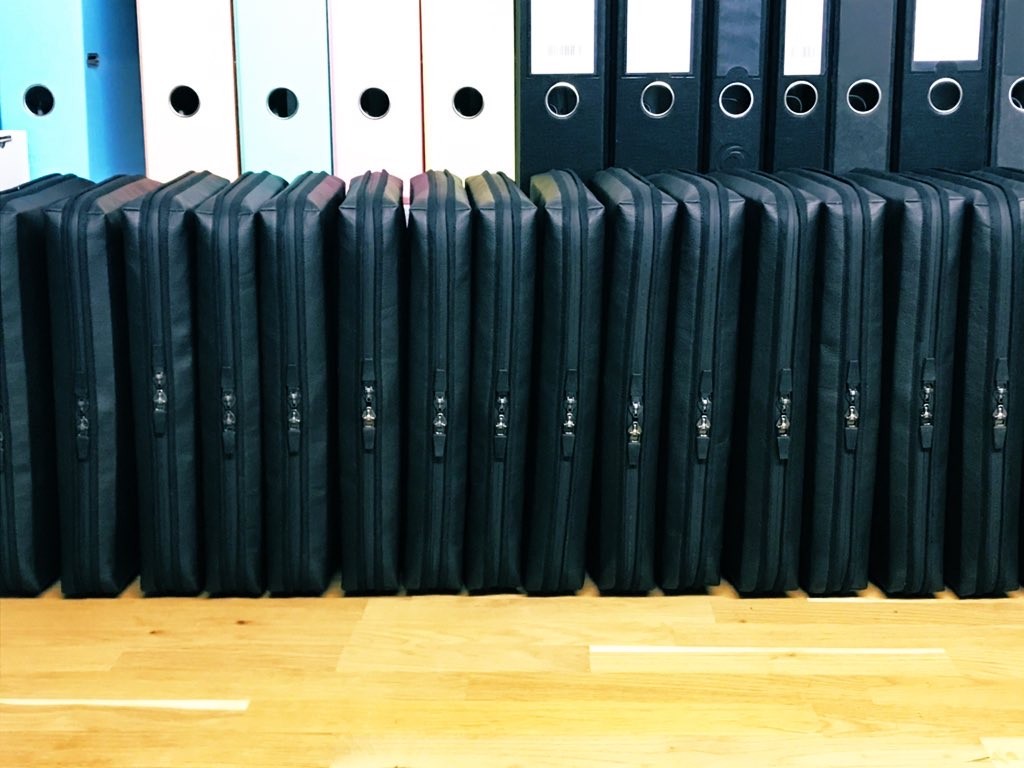 We're very excited to have won Rekka and Devine of 100rabbits for the design and Brendan Nystedt to help with writing and editing of the MNT Reform Handbook, including some very special content that you can look forward to. We don't want to spoil it just yet.

Another great thing that happened: we successfully applied at NLNet for a grant for the development of three extensions for MNT Reform: 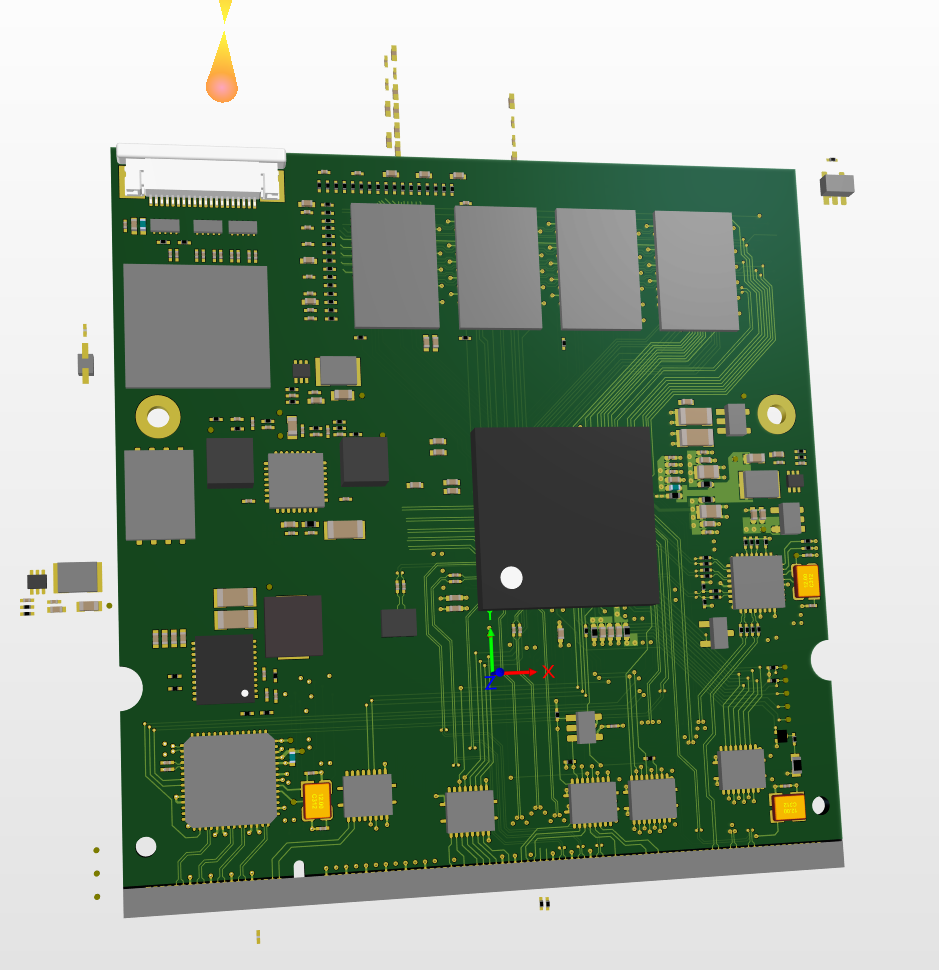 Hardware designers RBZ Embedded Logics are collaborating with us on a new, open hardware processor module that will provide the first plug-and-play upgrade for MNT Reform. This module features the NXP Layerscape LS1028A chip, which has a dual-core Cortex-A72, a Vivante GC7000L GPU (the same as the i.MX8M we already use) and the possibility to use 8GB or 16GB of LPDDR4, as well as an external GPU over PCI express. We plan to launch this module in mid 2021.

To enable development and testing of open source processor designs (like RISC-V implementations) in a real world device, we will design a module that features one or more Lattice ECP5 FPGAs (field-programmable gate arrays) in the same form factor of the existing i.MX8M module. We have enlisted Orange Crab designer Greg Davill as a consultant for this project. You will be able to program the FPGA using the open-source SymbiFlow FPGA toolchain.

To allow MNT Reform to be used for video conferencing, especially in educational contexts, we will develop a new camera add-on for it.

Everything is progressing well as we are receiving and managing a flood of parts and sub-assembly projects. We can't wait to turn them into hundreds of MNT Reforms and DIY kits for you. Sourcing all the electronic components took a bit more effort than anticipated, so our schedule slips slightly. We expect to receive assembled circuit boards from PCBWay in 4 weeks, which is the end of December 2020. We'll then start assembling and testing and will start shipping the first units in January 2021.